The Smart Cities Mission was launched on 25 June 2015 by the Hon’ble Prime Minister is redefining the contours of urban development in India. 100 Cities have been selected in different rounds to be the torchbearers for this transformative journey. Under the Smart Cities Mission, every State and UT was tasked to develop atleast one city as smart city.

The Ministry of Housing and Urban Affairs considering the significance of the UT of Ladakh and in sync with vision of Hon’ble Prime Minister expressed its support to the Government of the Union Territory of Ladakh in creating future-ready approach to Urbanisation. The MoHUA further expressed its focused interest in developing Leh and Kargil on the Smart City principles.

Leh is located in the trans-Himalayas with an altitude of 3,310 m in the south and 3,915 m in the north. Leh has a cold desert climate, with occasional snowfall during winter months and light-medium rainfall in the remaining months. The hill town experienced its worst flash floods and mudslides in 2010 that took over 100 lives and caused massive destruction. Leh is well connected by road, although some roads are not open year-round. It is fairly well connected by air travel. 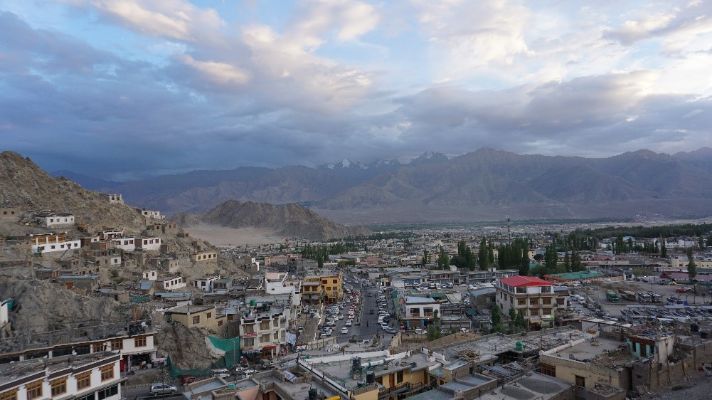 This growth has also resulted in the spatial growth of Leh town, and ‘townships’ have emerged on the town’s periphery. While India’s urban population grew about 2.1 times from 1991 to 2018 (217 million to 460 million), Leh’s has grown 3.4 times. The resident population drops down from summer to winter by 15-20% as many residents travel to warmer places.